You Are What You Eat

I’ve realized that I’ve been on a burger quest most of my life.  We are relatively spoiled for choice when it comes to finding your favorite burger spot in Seattle.  If you have a hankering by the end of this post, Eater’s guide to the 10 best burger spots might be a good place to start in your quest for your favorite burger in the Emerald City.

Now while pho, ramen, or soup dumplings at DTF are my staple comfort foods when it’s rainy and cold outside or when I’m sick, the humble hamburger with cheese is my vice of choice when it’s sunny, and I’m well.  I think it’s also because I’ve always carried a special place in my heart for fast food and the hamburger.  Maybe it has to do with growing up in Eastern Washington.  But for me it’s nostalgia food, and I always indulge in a strong whiff of childhood whenever I smell a good burger and fries.  (Conversely and unfortunately, we never seem to get the warm fuzzies whenever we indulge in our favorite fruits and veggies from childhood… if there were any to begin with!) 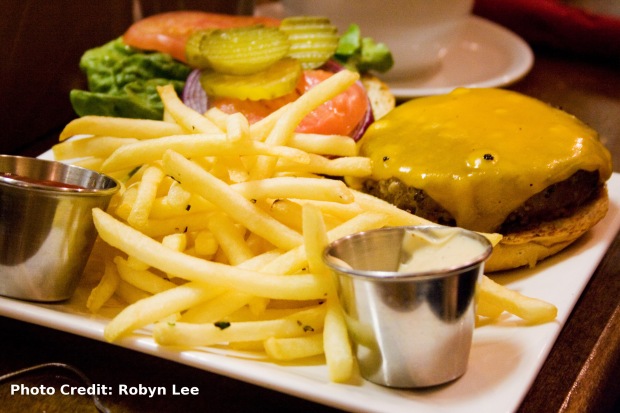 Growing up in Pullman, we didn’t have a McDonald’s in town.  So on Saturdays, my dad would drive the family 90 minutes north to the big town of Spokane, WA to have lunch at the Golden Arches.  It was an event.  I looked forward to my Cheeseburger and Happy Meal toy and loved terrorizing chasing my little brother all around the McDonald’s Playland slide as our parents enjoyed their coffees and apple pie.  Soon, a McDonald’s opened up in the neighboring town of Moscow, ID.  So we didn’t have to drive the 75 miles to Spokane.  A McDonald’s Playland was now just a 10-minute drive across the state border into Idaho, where we enjoyed our Saturday Happy Meals and Chicken Nuggets.

This got me to thinking about the types of fast food different people crave, and what it reveals about you and your identity.  I believe that fast food has a very strong association with our memories and of growing up, and so I consider myself a Micky-D’s sort of girl (clearly, they have the best fries.)  I’m not proud of it as it’s really just a result of my childhood and upbringing.  But I’m not ashamed of it either.  As an adult, I don’t frequent McDonald’s as often, but most of my trips (especially to the various McDonald’s in Hong Kong) have been happy and extremely satisfying.  Now my vice of choice is either the Quarter Pounder with Cheese, the Double-Cheeseburger, or the Fillet O’Fish.

So this line of reasoning got me to thinking about various friends’ reactions and our relationship to different fast food chains, and so I’ll list just a few burger examples to illustrate my point.

Let’s start locally at Dick’s Drive-In.  Now, I’ve had a couple of their Deluxes and Specials, and while they’re good, I really don’t understand the hype.  Their product has been named America’s Most Life Changing Burger, which sounds slightly overrated, despite numerous awards.  The shakes are tasty, but their fries are just too soggy “natural” for my taste.  (I’m sorry but in my book, french fries must be crispy, else they do not qualify as “fries.”)  But the primary caveat here is that I did NOT grow up spending my childhood here in Seattle, and so of course I don’t get the hype.  I haven’t cultivated the same sense of childhood nostalgia and brand loyalty growing up eating at Dick’s.

I don’t want to be a hater, but I’d wager that anything fried and greasy tastes delicious going down when you’ve had a bit to drink. Naturally, local Seattle folks who grew up in the area (and who are about as rare as baby unicorns) and ultra-wannabe native Seattlites are obsessively vigilant about Dick’s.  The one near our house in Wallingford has lines out the parking lot till 2am, and they need the police to help close it down on the weekends in warding off the angry, hungry, drunk folks.  Yes, Dick’s is the perfect drunk/hangover food, but I will pose the sacrilegious question: is Dick’s really so superior to McDonald’s?  Yes it is certainly better, but marginally so, IMO (insert gasp of horror…. All Dick’s-loving Seattle-people hate me now.)

I get it.  The Dick’s faithful declare to the rest of us that they are real tried-and-true local Seattle people who eat locally, and who support a wonderful local business.  Hence any “real Subaru-driving Seattle-person” must hate all evil empire chains like McDonald’s and therefore Dick’s is the only burger that will touch your lips.  But let’s all be up front and admit the unconscious signaling and posturing that’s going on here: Dick’s patrons feel superior to regular McDonald’s patrons because they are true “Seattle locals” that haven’t sold out.  Fair enough.  But as for the actual product, I’d argue that the Deluxe is definitely not the best burger in town, unless it’s served with a large, sweet side of nostalgia.

Have a look at this video, and you’ll see what I mean about the power of nostalgia coupled with Dick’s:

Let’s move on to another example that will probably offend many of you: In-N-Out Burger.  My sun-loving California friends, yes, I’ve heard your vocal complaints and your dramatic cries of “Why, dear Lord, isn’t there an In-N-Out in Seattle yet?!”  I’ve seen your Instagram photos of your Double-Double and Animal-Style fries plastered all over my feed with the caption: “First stop after landing in Cali!  Nom nom nom….”  You love your In-N-Out.  Yes.  Fine.  I get it.  “It is the BEST burger EVER, DUDE!” you scream out to us in your most threatening, sun-drenched California surfer voice. 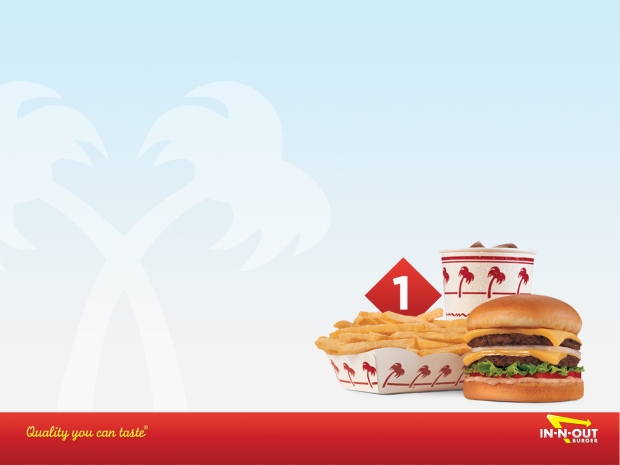 So I have indulged in a Double-Double on a few occasions.  Yes, it is a good burger for the price.  Is it better than McDonald’s Double-Cheeseburger?  Well, yes, it is better (it is also better IMO vs. the Deluxe at Dick’s,) but is it the “best burger I’ve ever tasted in my life?”  No.  Do I wail and stamp my feet like an angry toddler at its absence in Seattle?  No, because I didn’t grow up in California, and I’ve never lived there.  Obviously, I don’t get it because I didn’t spend my childhood eating it regularly.  This helps to explain why are there so many Facebraggers out there who incessantly post pictures of their In-N-Out spoils.  They will undoubtedly all be mostly Californians.  Again, this type of behavior goes back to my theory that the poster is signaling his/her identity relative to others.  They are telling the rest of us that they are proud to be from CA, and that perhaps they are a bit sun-deprived and bitter being stuck in the dreary burger wasteland of Seattle.  I get it.

I’ll be the first to admit that I hate being labeled, and I really hate being labeled as someone who is “mass-market.”  But I’ve come to realize that I shouldn’t be ashamed about where I come from, and that it’s ok to admit that I love McDonald’s fries.  And even though I live in Seattle now, DH always makes fun of how I need to get my weekly hamburger with cheese fix because at heart, I’m really just a girl from Eastern Washington.

PS: For an eye-opening global comparison about food and families, check out these amazing photos from the book, Hungry Planet which vividly displays families from all over the world, their groceries, and how much they spend on their weekly shopping.

Happy Friday and may you find your delicious burger of choice this weekend!

5 thoughts on “You Are What You Eat”