Some of you might have caught some of the recent articles boasting about Seattle’s gorgeous summer weather (yes, it’s true!) and our hardworking, industrious ways (also true.)  As a resident of this fair city, I’d have to say that both articles are accurate.  Our July-September season is a well-kept secret, and this summer we are going on nearly 30 consecutive days without rain.  It’s been a killer summer thus far, and we work hard and have paid our dues in crappy weather to enjoy it! 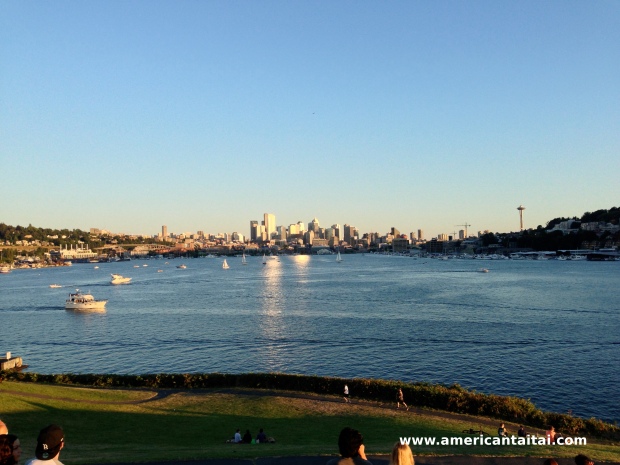 But there is also another more subtle and unreported story that is related to both of these positive Seattle PR-boosting tidbits.  Of course it’s a personal anecdotal observation, but to me, it seems that the traffic and overall congestion in our city increases significantly during our most beautiful summer season.  I mean, where the heck did all these really squinty, pale-skinned people donning ill-fitting tank tops and shorts emerge from?  The pedestrian streets and all the restaurants in town are much more crowded and traffic is often terrible. (Isn’t it ironic that we Seattleites seem to spend more hours stuck in traffic, or standing in line during our most gorgeous season?)

I find that Seattle feels more like a ghost town (so spacious, no people, so much parking!) during the rainy winter months because of the horrible driving conditions and miserable depressing weather.  Of course it makes sense that people don’t want to go out in the drizzle, and would much rather stay at home, sulking about the clouds thinking existential thoughts and writing bad poetry with artisanal espresso in hand.  But during the beautiful summer months, almost everyone transforms into a jovial sun-worshipper, out on the road, hauling a boat or RV, packed to the gills for a weekend up at the cabin, or just straight up road-tripping.  Summer is the busiest time of the year in terms of social activities and getting together with friends and family.  Think wedding and family reunion season.

There’s nothing wrong with getting together, being social, and enjoying your hard-earned vacation.  But the obvious (and annoying) side effect to all of this fun-loving sun worship is the horrid gridlock that ensues, especially on the weekends.  (God help you if you’re stuck on I-5 trying to get home on a Sunday afternoon.)

Now all of the additional road volume exacerbates an inherent weakness endemic to Seattle (and I would argue to the Pacific NW in general.)  Some of us don’t like to admit this, but surely those of you who have visited or who have lived (and driven) elsewhere know that we dwell in the land of bad driving.  But more specifically, much of the bad driving in Seattle stems from a simple lack of urgency and conviction.  Either we’re clueless, indecisive, or we think we’re being courteous but really, we’re just confusing people and messing up the system.

This is why we often find ourselves in a hurry, but stuck behind this guy in the leftmost lane.

And this is why Seattle (and Pacific NW) drivers really need a refresher in the basic rules about driving—particularly right-of-way and basic merging skills.  If you live in Seattle and don’t know the basic rules, please do us all a favor and watch this basic and helpful video:

Now the same rules apply to pedestrians and cyclists in our fair city, but the potential for conflict is often amplified because of the swell in the volume of walkers and bikers on our fair summer streets during the summer.  Of course, everyone wants to be out enjoying the sun on his/her bike.  And here’s a PSA for the rude, clueless Seattle pedestrians and bikers: Remember, we all SHARE the road and you (pedestrians and bikers) do NOT always have the right of way, so please stop acting like you own the road, and at least attempt to LOOK BOTH WAYS and MAKE EYE CONTACT with oncoming cars before you hurry yourself across the street.

I’ve lost count of how many times I’ve come across the clueless Seattle pedestrian with earphones who never bothers to look up before boldly (and slowly) sauntering across a major street, expecting traffic to immediately screech to a stop for him/her.  It’s dangerous and aggravating.  And in any other metropolitan American city (think New York or Chicago) this same pedestrian would (rightfully) get run over without a second thought.  But in our overly-polite passive-aggressive city, Seattle drivers patiently wait for the “morally righteous” numbskull to take their time in moseying across the road without so much as a honk.

Again, it all simply boils down to the lack of a sense of urgency.  Maybe this doesn’t happen as much in the business or work environment, but the Seattle space cadet attitude certainly seems to seep into our lives elsewhere.  Just look at how we drive and how we cross the road.

I guess I’ll conclude with a corollary that might hold true.  We Seattle drivers might be bad drivers, but most of us are courteous and nice most of the time, especially as compared to drivers in LA or New York.  We will let you merge into our lane.  But here’s a novel thought:  perhaps bad drivers are in some way obligated to be courteous.  And I’ll postulate that the opposite is also true: that relatively good drivers have license (or at least greater potential) to be assholes on the road.  Here’s an interesting Slate article from a cyclist’s perspective and his observation about drivers of BMWs and close encounters on the road.  (Maybe this is why dinged Subarus seem to outnumber BMWs in Seattle….) 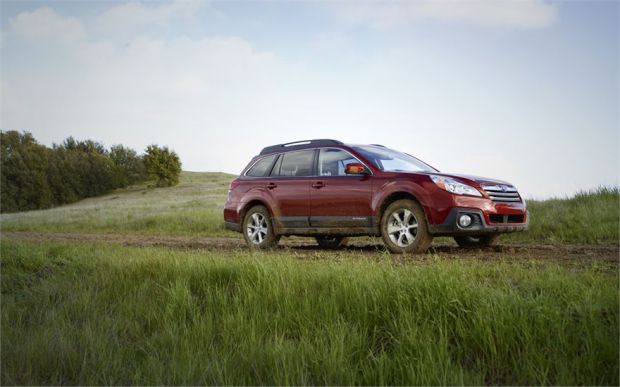 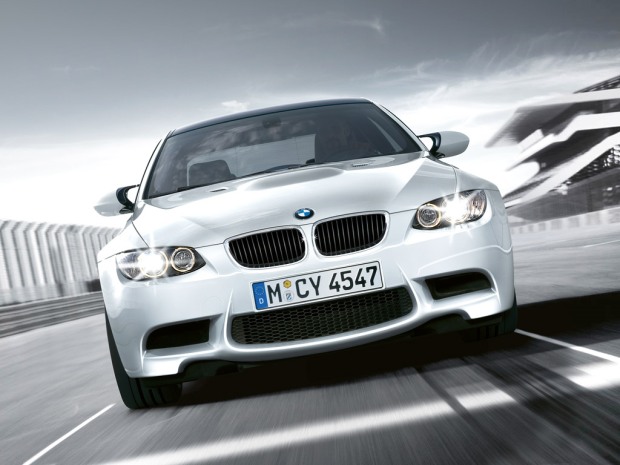 So I’ll leave you with this thought on this beautiful sunny Friday, Seattle: let’s aim to be good/safe drivers who are courteous.  And even if you’re a good driver, don’t be an asshole on the road.  What goes around comes around.  Oh and don’t be an asshole in real life either.  (Sorry to readers who drive BMWs, I’m sure you’re great drivers and not all assholes!)