It’s fall and the weather has definitely changed here in Seattle.  Today happens to be sunny and beautiful, unlike the crazy storms we had blow through last weekend… (Um did you know that we actually have tornadoes here in Western Washington?  Me neither, till last weekend!)  DH and I had tickets to the UW football game last Saturday, but we decided to skip out since the rain was actually coming down horizontally because of the wind, and we actually had no working heat in our house.  Oh well, at least the TV worked!

Attached to football, autumn sweaters (oh, hello harbinger of fall: Starbucks pumpkin spice lattes, I mean PSLs!  Yes, I’d love 300 hot spicy drinkable sugar calories ASAP,) and back-to-school also come the germs that accompany the various strains of colds, flu, sniffles, and coughs.  I’m sure many of you with kids who are in school and daycare have seen (or have personally felt) the various strains of cold germs go around this week.  I don’t have school-aged kids yet, but I’ve been told that it starts with one kid in school, until eventually everyone in the family comes down with something in the fall and winter that results in a lot of phlegm.  Fun stuff!

Which brings me to some of my irrational fears.  So I might have mentioned before that I’m kind of a germaphobe and a compulsive hand-washer.  Yeah, so I’m one of those women who exits the bathroom after washing my hands with my used wet paper towel to open the door handle since I don’t want to physically touch the dirty germy handle with my washed hands.  But the upside is that since I’m generally a hermit and don’t leave the house, I (thankfully) don’t get sick that often, perhaps just once a year.  I don’t think I’m as bad as some folks who are serious and true germaphobes, but as with everything, there’s a spectrum with certain things, especially with our rational and irrational fears.

Touch the door handle with your naked hand at your peril

I’ll tell you a funny story about when DH and I first met early on and were dating long distance.  Since we were living in different cities on different continents, we’d try to meet up either in Hong Kong or Seattle, or in another mutually convenient city.  I recall one trip when I was in New York for work, and DH (who at the time, was still just DB or Dear Boyfriend,) flew out to meet me from Seattle.  When we went out for dinner, it was the first time that I noticed DB had a slight manual dexterity problem.  I wasn’t sure if it was a condition or even a physical handicap, but I noted that he couldn’t (or wouldn’t) use his fingertips to open and flip through the laminated menu, but used his knuckles instead.  I hadn’t noticed before, and my curiosity peaked as to why he flipped through menus (surprisingly quickly) using just his knuckles and not his fingertips.  And so I started observing more.

After dinner, we headed back to the hotel, and the same thing occurred when he would press elevator buttons.  He’d never use his fingertips, but always a knuckle.  DB was a gentleman, and would open doors for me, but I noticed that instead of using his whole hand (or all 4 fingers) he’d use only his pinky.

Elevator buttons of germs and death!

But then I was confused because he could obviously use all of his fingertips when writing or signing off on a credit card, etc.  So I confronted him about it, and he burst out laughing, admitting that he was also a bit of a germaphobe, and that the things that really grossed him were laminated restaurant menus, elevator buttons, and you guessed it… door handles!

I knew immediately that we were soul mates with a similar degree of germaphobia.  You know true love when you see it, people! 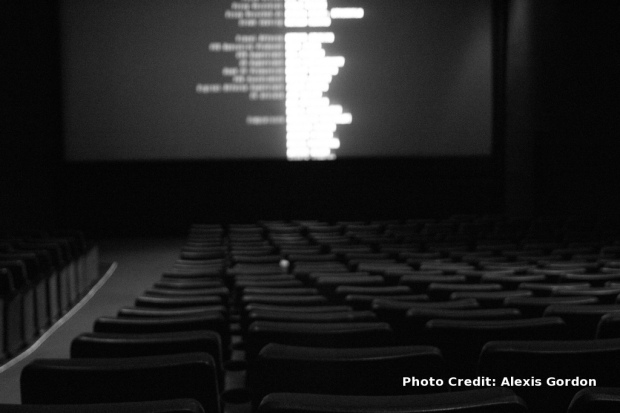 What kind of movie theater seat person are you?

When we got to discussing the nitty gritty merits (and the irrational fears) that came with choosing your seat in a large movie theater, some hilarious observations emerged.  Among them:

I think my days of seeing movies in the theater are limited.

Now I realize that you can take this level of irrational fear to an extreme and that ultimately we just don’t have any control. But I was pleasantly surprised to hear that other people have just as many silly and irrational fears as I do.  Some people refuse to walk on manhole covers or storm drains in the street.  I use paper towels to open the door.  Let’s call it even.

In the meantime, I’m still selecting the aisle seat on flights because in my mind, if something goes horribly wrong, I won’t have to climb over anyone to get out.  And I still count the number of seats to the nearest emergency exit on the plane—not that it will matter anyways if we all go down in a ball of fire.  It somehow puts my irrational fears to rest, and makes me feel a little better.

Besides, it’s way easier to get to the bathroom from an aisle seat without sticking your butt into a seated stranger’s face!

← The Purge and Brain Attrition
Dancers and Wallflowers →