Calling all Gen-Xers and especially those of you who grew up in the 80s.  I’ve got a burning food culture question for you.

I was at the grocery store doing my weekly shopping when suddenly I was struck by an observation:  Why was I able to spy certain iconic and popular 80s food items from my childhood at the store, while I wasn’t able to even find or spot others?

A prime example would be something like Wonder Bread.  I don’t know about you, but I grew up on a lot of fortified Wonder Bread (we always bought the “Big” loaf,) and Kraft American Singles.  This was of course before the “whole food movement” gained steam.  But for whatever reason, Kraft’s orange pasteurized cheese product has stuck around for at least the last 30 years.  (FYI: Kraft Singles predates the 80s, and was introduced in 1949, making it more than 60 years old!)

So it seems that Kraft American Singles has pretty strong staying power.  Even the packaging pretty much looks the same.

But I can’t say that I’ve spotted a loaf of Wonder Bread in a long time, even before Hostess Brands’ 2012 bankruptcy and ensuing asset sale.  Naturally this experience prompted me to wonder, what makes a fad food, or a food trend last?  What has staying power, and what doesn’t?

Let’s use the 1980s as a marker, and so I thought of a few personal examples that might resonate with those of you from a similar generation.  Now I realize that the caveat to this list is that I was born in the mid-70s and spent my childhood in 80s in small town America.  So my list is obviously shaped by my personal experiences, and everyone probably has his or her own unique list.  The other caveat is that I now mostly shop at health food stores and cooperatives in addition to big box grocery stores, which probably also explains why I don’t see Wonder Bread type products as much anymore.  And of course the last caveat is that many of these brands have probably changed their packaging in the last 30 years and so I simply just don’t recognize these products on the shelves anymore!

A nostalgic stroll through my childhood food memories:

So some of our family favorites were Fried Chicken, Salisbury Steak, and Turkey Dinner.  The dinners in the aluminum trays always tasted better than the ones in plastic trays.  And I loved how my insta-dinner was served in individual compartments, which made for a perfect space astronaut’s meal.  My memories of TV dinners were that they actually tasted pretty good.  I always finished EVERYTHING in each compartment—even the peas, corn, and mushy green bean vegetables (though it was usually last, before I allowed myself to fnish off the dessert compartment!)

Let’s continue with the space travel motif here.  In my house, we didn’t drink a lot of Kool-Aid, but we did drink plenty of Orange Tang.  Being a frugal immigrant family, we’d usually buy a large bottle of the orange powder on sale, and mix ourselves weak versions of it so that the powder would last longer.  It ended up tasting like orange water, but whatever.  Tang was awesome because it’s what astronauts drink in space!

So I think I know why I don’t see Honeycomb cereal anymore.  It’s because Post has changed the packaging, and I don’t recognize the new brand at all.  What happened to the shaggy-haired freckled white boy on the box?  Oh well, I guess you can still have the cereal.  Oh and for those of you who remember the Honeycomb Hideout (and the jingle,) here’s a gem that I found: 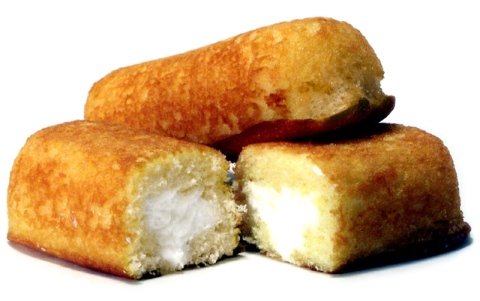 We all know about the bankruptcy and asset sale of Hostess, which explains why we don’t see their products on the shelves anymore.  But back in the 80s, Hostess products were big.  In addition to Wonder Bread, there was the iconic Twinkie.  I wasn’t personally a fan of Twinkies, but I did enjoy the Ding Dongs and Ho Hos.  Since the sale of various Hostess brands to different bidders, we’ll probably see many of these brands return to the shelves under new ownership. 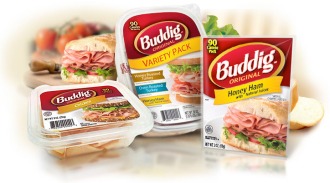 Bring on the sulfites and the mystery deli meats!  It’s pretty obvious that I grew up eating a lot of sandwiches.  But it’s also funny because until I was an adult, my only marker for pastrami was a thin Buddig packet of spicy meat product.  Imagine my shock when I had a real pastrami sandwich at an authentic NY deli as an adult.  When the Buddig wasn’t on sale, we ate lots of Oscar Meyer deli products (ham, turkey, hot dogs etc.)

And in terms of sandwiches, how much more 80s and American does it get when you place Oscar Meyer deli meat with a Kraft Single, mayo and iceberg lettuce on white Wonder Bread?  I think that was my standard brown bag lunch for about 10 years. 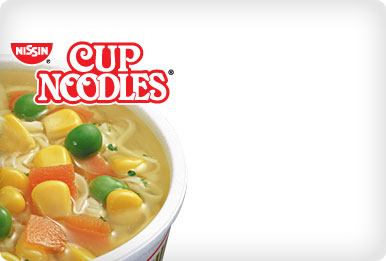 I know instant noodles are still widely available and relatively popular among college students.  And even growing up, we knew that instant noodles weren’t really very healthy for us, especially their tasty sodium and MSG-laden soup packets.  So we limited our intake to 1x/week or 1x every other week.  It was an after church Sunday tradition in our family.  We usually bought the Maruchan or Sapporo Ichiban brands.  For Sunday lunch, we’d usually have instant ramen noodles with poached eggs and chopped up Oscar Meyer hot dogs in the noodle broth for lunch.  It was actually delicious.  When there wasn’t time to make the noodles, we had Cup Noodles and hot dogs.  Can you think of a more balanced and healthy lunch?  I sure can’t! 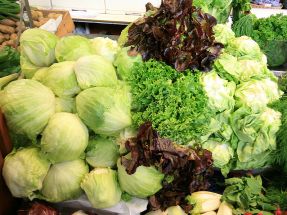 Ok, so fess up now.  When was the last time you bought or personally witnessed someone else actually buying a head of iceberg lettuce?  Hm… for me, it’s been ages.  We don’t eat iceberg anymore, and have traded it for fancy organic baby spinach, arugula, and mixed greens because of the higher nutritional content.  Even crunchy romaine is much now more popular because the Caesar Salad is still alive and well.

Same goes for thousand island dressing.  I haven’t had thousand island on a salad for probably 20 years. The funny story is that we just purchased a bottle of Kraft Thousand Island dressing for our summer grilling and hamburgers.  And you know what?  It’s pretty dang delicious on a burger!  (Along with melted Kraft Singles!)

A couple of simple conclusions from the above examples: While many of us Gen-Xers remain nostalgic about the 1980s (the clothes and the music which remind us of our innocence and childhood,) I think that we can all agree that many of the everyday American foods we consumed as kids didn’t taste that great, and just weren’t really that healthy for us.  But we didn’t know any better and most of us turned out just fine.  Life was still pretty good, despite all the artificial preservatives, colors, and chemicals we ingested as children.

So what are some of your favorite 80s nostalgia foods that aren’t as popular today?  And more importantly: What do you think are some current food fads or trends that might disappear over the next 30 years?

And my bet is that Kraft American Singles will still be around and going strong in 30 years.